The event was a huge success! Dozens of local businesses donated over $1500 in prizes for the silent auction and raffle. Wine Cellars on rt. 4 in Farmington donated wine, beer and the time of seven different distributors. Snacks were provided by Pho 68 and A Little Something Bakery. Excel Fitness massage therapists Kelly Perkoski and David Mendez kept guests even more relaxed with luxurious chair massages. The evening culminated in two fantastic fitness presentations; instructor Kate Barrett and personal trainer Ilicia Balaban shook it up with a sizzling Zumba routine, followed by an outstanding display of strength and self-defense demonstrated by Paul Millholen and Danielle Mathura from Jitae Taekwondo. 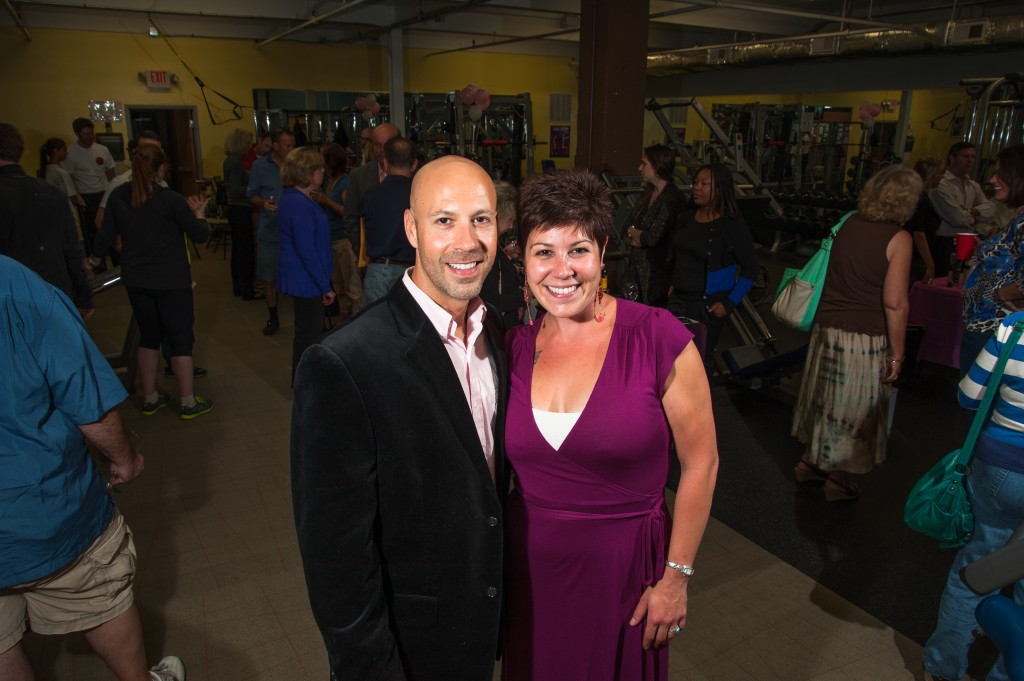 All in all, Team Excel Fitness raised over $1,000 for breast cancer research! We would like to humbly applaud the dedication of our members, local business supporters, staff and others in the community that came out for the fundraiser. As always it was a fun night, we look forward to the opportunity to make it even bigger and better next year!

Miss the wine tasting but still want to contribute to a great cause? Join us in Bushnell Park on Sunday, October 20th at 9am for the American Cancer Society’s Making Strides against Breast Cancer Hartford 2013 walk/run. Inquire today with one of our certified personal trainers for more information.

We are gearing up to kick off fundraising for Making Strides Against Breast Cancer 2012!!! Last year we raised over $8,000 for the cause. Come celebrate and support a great cause again this year and bring your friends and family along with for the fun!

Over $1500 in door prizes from local businesses…Silent Auction and Raffle!

All are welcome…bring your friends and family!!! October 17th, 2010 was the American Cancer Society’s- Making Strides Against Breast Cancer Walk.   Excel Fitness started it fund raising campaign for this event about a month ago.  Last year we raised over $6000 and Shawn O’Brien raised over $3000.  This year we committed to raise $8000 and Shawn committed to raise $4000.  Team Excel Fitness has raised $7500 and is #3 as a Team and Shawn has raised $4500 and is #2 as a participant.

Our pledge to you was to paint ourselves PINK for the race.  Mission Accomplished!!!!!  Thank you everyone for your donations.  See the photos below.

Today was the American Cancer Society’s Making Strides Against Breast Cancer Kickoff Breakfast for the 5k walk on Sunday, October 17th in Bushnell Park in Hartford, CT.  Last year Excel Fitness put a team together last minute and raised over $6000 and was 5th as a company in fundraising beating larger company’s like Verizon Wireless.  Shawn O’Brien raised over $3000 and became a pacesetter with Making Strides Against Breast Cancer.

This year we have been challenged by another gym to see who can raise the most money and the competition will go to a great cause.  We have accepted the challenge to participate in the walk this year and have another team EXCEL FITNESS.

Happy New Year!
Friday hours 7a-2p
Saturday Fob access only
We wish you increased physical and mental health in the years to come!

Happy New Year! Friday hours 7a-2p Sat Fob access only We wish you much success in physical and mental health in the years to come!